by admin
in Keto Diet
0

Living a keto lifestyle doesn’t mean you have to give up all your favorite foods!

You can still eat delicious apple butter but without all the sugar and carbs when making this “apple” sugar-free keto butter recipe.

It is made with ingredients that are easy to find in most grocery stores.

This sugar-free “apple” butter recipe takes a while to make, but it makes a huge batch—about 2 cups per batch!

And you can easily double the recipe because it can be refrigerated for up to 3 weeks. But I’m sure it will be gone long before that!

How was this Keto recipe made?

Perhaps the first thing you noticed is that my recipe didn’t contain any apples. And while apples are delicious, they’re not keto-friendly.

One medium-sized apple contains about 20 net carbs, which is the number of net carbs you should be eating each day when you’re on the keto diet.

To replace the apples in the recipe, I used yellow squash (sometimes known as summer squash) instead.

Yellow squash is a mild-tasting vegetable, which is why it is perfect for this recipe. You won’t taste yellow squash in it! All you will taste are the other delicious ingredients, especially the cinnamon powder.

I’ve only tested this recipe with yellow squash, but I imagine peeled and sliced ​​zucchini would work too.

Zucchini has a slightly stronger flavor than yellow squash. So, after it’s cooked, you may want to add more cinnamon or nutmeg if you think the zucchini flavor is too noticeable.

I also used carrot in the recipe for the wonderful orange color. It also helped make the texture more like traditional apple butter.

While I haven’t tested the recipe without a carrot, I think you can omit it and use extra squash. However, it certainly wouldn’t have a similar color to traditional apple butter without it.

For sweetening, I used granules erythritol. Personally, among all keto sweeteners, I prefer erythritol more.

In my opinion, erythritol cooks and bakes like traditional sugar. And it doesn’t taste as weird as some keto sweeteners.

However, if you don’t have a lot of candy, feel free to use less erythritol than the recipe suggests. You can start with ¼ cup (48 g) of erythritol and add more until the “apple” butter is sweet enough for you.

As for the spice, it’s the cinnamon and nutmeg that give my two recipes the taste of traditional apple butter.

However, feel free to use more or less cinnamon and nutmeg to your taste. You can even use a dash of cloves if you like.

How to use apple butter

Of course, you can spread “apple” butter on a piece keto toast. However, here are a few other methods you can use, and each one is delicious!

You can use my Apple Butter as an addition to your favourites keto pancakes or keto pancakes. Or stir some into a bowl of your favorite food keto oatmeal.

But one of my favorite ways to enjoy apple butter is to use it to add butter keto ice cream. I know it may sound strange, but it is absolutely delicious.

Of course, I won’t tell anyone if you decide to just eat “apple” butter by the spoon!

And don’t forget to check out everything I have Keto seasoning recipes and sauces. Healthy living has never tasted better! 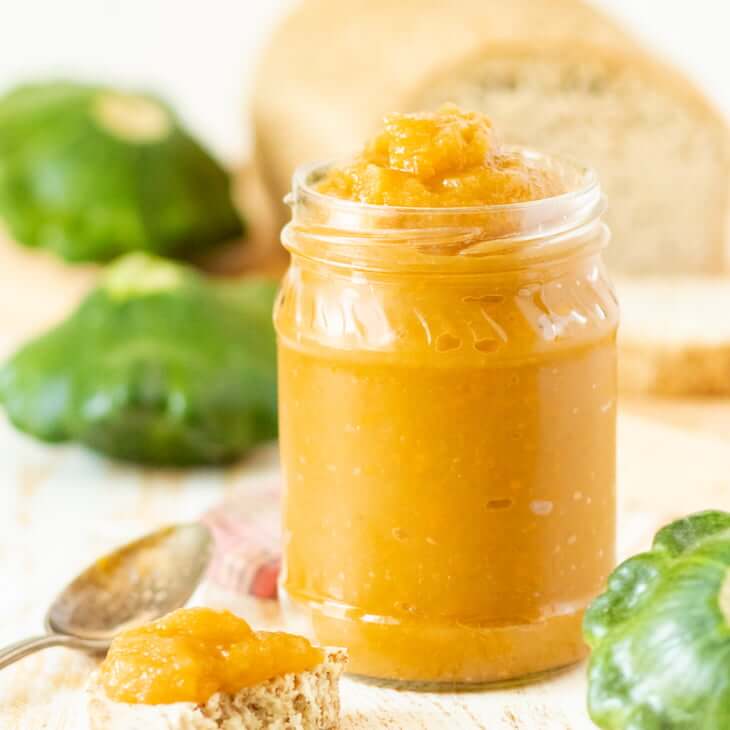 Enjoy all the flavors of apple butter but without the sugar and carbs with this keto sugar free “apple” butter recipe.

All nutritional data is estimated based on the amounts of each serving.

‘This is not a diet, it’s a lifestyle change!’ How this amazing mum lost 41kg